Big thanks to zep for helping me get the web version working. Full details here. 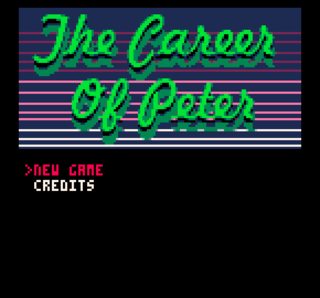 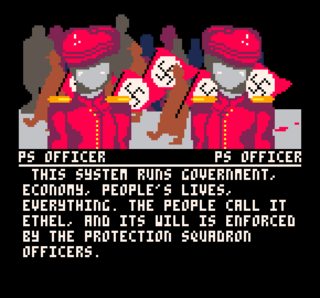 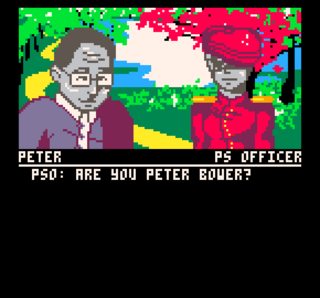 This is more of a visual novel than a game.

This is an alternative reality game where the axis win the war.

This game exploits image compression techniques to bring you:

The theme of "chain reaction" is metaphorical in the game.

For anyone on twitter, I'd love a RT to get some more ratings!

I'm not a fan of this type of game/story teller but this is a performance to do this with pico8. Well executed. I hope you will produce others games with lighter subjects. I like entertainment ;-)

@jilhem - Thanks man - it was originally supposed to come off as a comedy, but I've been reading The Man In The High Castle and watching a lot of WW2 documentaries, so I guess it just rubbed off. In retrospect, I would have liked to make more puzzles in the game using the "choice" system (such as the main menu).

The story was very interesting, but the lack of choice was a bit disappointing.

Sometimes scenes would require me to press a button before anything appeared/happened. I was left wondering whether I should be waiting or doing something. Maybe just jump straight in.

I really enjoyed it, although I have similar feelings to @imbox - choice, or even illusion of it, would would make it much more interesting.

The writing didn't seem very strong at first, but in the end it made made sense for the bleak, AI driven universe you have created.

Most of all, I am amazed how much you managed to squeeze into Pico8. You should definitely write either a tutorial or zine article about how you did it!

@imbox - I know exactly what you mean. I jumped into this late, and ended up with a sub-par VN (visual novel) engine, and a lack of time to add puzzles for sections. Honestly, I might work on a post-compo version just to really clean that up.

@Level27Geek - Yeah ^^. As for the writing, I had troubles with it as well. Peter is supposed to come off as an idiot savant - which is hard to play off as "simple" which is what was important for the big reveal in the end. I talked to @arnaud_debock about the picozine, and I'm working on something now!

I tweeted this at @zep, but take a look at the compressed size: 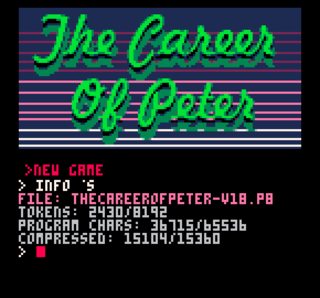 That music is very loud, had to cut my volume in half just so it wasn't very overpowering.

I did enjoy the story and graphics though, very nice.

fun story and catchy music too! graphics were neat and story was nicely written and interesting.

The more I advanced in the story the more I liked it. Definitly a Philip K Dick mood, very nice. Too bad it wasnt a bit more of a game, with exploration of dialogue or choices. Keep up the good work

@gamax92 - I'm not sure that the volume is controllable on my end, but I wouldn't know - I didn't do the music, but I'll pass it on. I'm glad you liked it, thanks for playing!

@drexegar - I'm glad you liked it as well. The guy who made the music will be happy to hear you liked the music.

@NuSan - Right there with you - I had all the tech ready for choices, but didn't have time to fit it into the script. I'm glad you liked it!

That was a very interesting little story!
I liked the setting and how the backgrounds were done – very minimalistic given PICO-8's constraints, but still weirdly immersive and packed with hints so you can fill in the details with your imagination.
As for the plot, I really enjoyed how Peter was characterised – at first we see a nerdy card player, then we learn that he's basically broke and start to think he's just a regular office worker (this part is not easy to see honestly, but shortness is bliss in PICO-8). Soon we realize he's a huge programming specialist (apparently wrote an entire AI) and he probably doesn't cook because he spends all the time working on Alan (so the "euchre" is not only a casual game, but an act of testing an teaching his child). And at the end he's revealed to be this humble, enigmatic man, with every line of speech well thought-out and wrapped into seemingly innocent card game references.
And BBS being part of the narrative was a nice touch!
The only thing that didn't appeal to me was the music – I found the track short and random, kind of screeching on my ears.
All in all, I'm surprised you managed to pack so much into a PICO-8 cart! Curious to see more visual novels brought to the fantasy console.

Really interesting story! I included it in my Pico-8 Jam #2 compilation video series, if you’d like to take a look :)